Retail Liability In 140 Characters Or Less: Foreseeability In The...
× 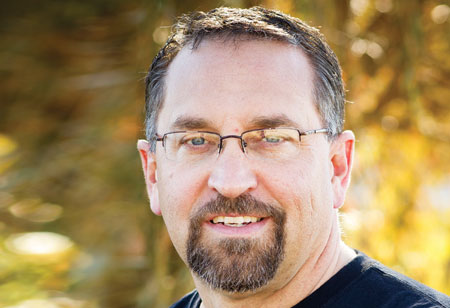 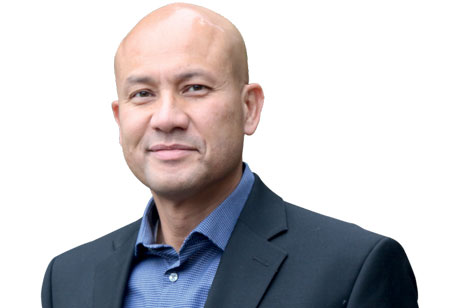 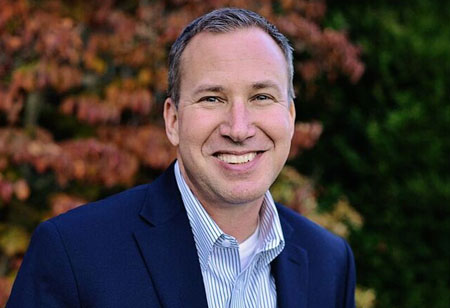 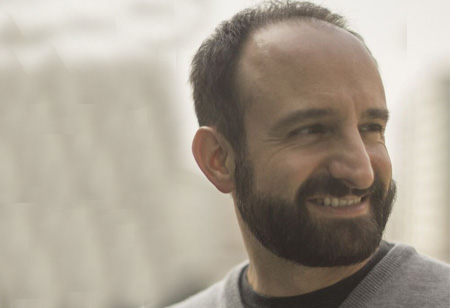 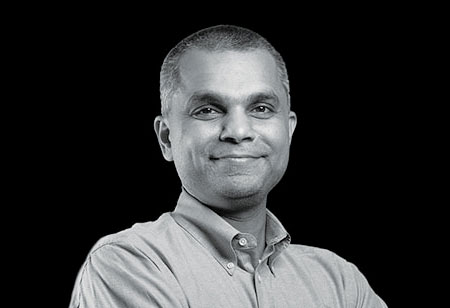 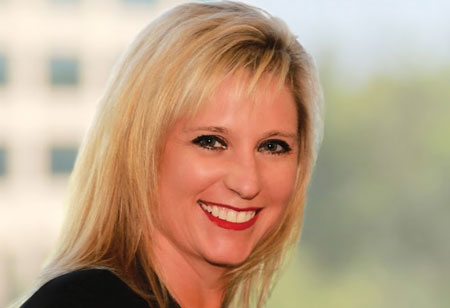 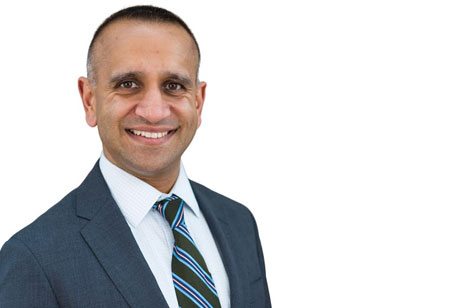 Retail Liability In 140 Characters Or Less: Foreseeability In The Social Media Age 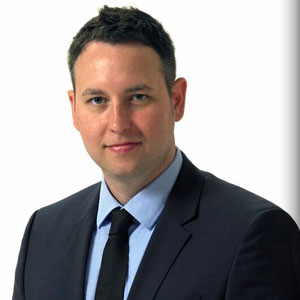 By now, it is safe to say that Twitter, Facebook, Pinterest and MySpace are not merely fads that temporarily captured the attention span of the entire globe. Well…. perhaps MySpace’s ship has sailed, but social media is here to stay. Millions of people of all races, creed, and socioeconomic status flock to social media every day to share even the most mundane information like what they had for breakfast, to the most profound geopolitical topics. Although diverse, the social media masses all share one common trait that retailers quickly identified: They are consumers.

To capture the attention of social media consumers, almost all retailers, both small and large, have generated a social media presence in an effort to advertise and promote their brand, with the hopes of finding new customers that are enthralled with sending Tweets, Pinning, and clicking the Like button for even the least talented dancing cat video. Every Twitter, Facebook, or Pinterest account maintained by Tom Johnson and Betty Smith is met by the accounts of the Apples, Costcos, and Macy’s of the world, not to mention the local dry cleaner and secondhand consignment shop. Social media’s benefit to the retail industry is immense, and offers a nearly cost free means to communicate directly with customers in a way traditional advertising could not. Yet as we all know, there are always potential pitfalls in even the most seemingly foolproof endeavors, and social media is no exception.

Even with the cost effective advertising, wide-reaching branding, and instantaneous communication with customers, social media presents real concerns to a retailer’s potential civil liability that, to date, have largely been unaddressed and undeveloped in the legal community. Every day, millions of consumers frequent retail and business locations across the United States. With the presence of consumers on retail property, as we are all aware, there are civil liability concerns, i.e. the errant pool of water that a customer undoubtedly will slip upon, the wayward shopping cart that finds its way to strike a customer’s vehicle, or the stack of products that is disturbed by a customer only to strike another. Examples such as these, while real and commonplace, are largely accidental in nature and represent the cost of doing business. Although great care is, and should be, taken to prevent customers from these hazards and minimize civil consequences, there is a greater civil liability threat to the retail community looming on the horizon: liability for criminal acts committed by third persons.

We have all witnessed the recent senseless acts of violence across the country – the mass shootings at a regional center in San Bernardino, Calif., a clinic in Colorado Springs, Co., a community college in Roseburg, Ore., and a church in Charleston, S.C. Shockingly, these tragic events all occurred solely in 2015. Going back a bit further, we recall the shooting at the movie theater in Aurora, Co., the shooting at the salon in Brookfield, Wis., a shooting at a salon in Seal Beach, Calif., and a holiday shooting spree at a mall in Omaha, Neb., that resulted in eight deaths. The tragedy and overall disturbing nature of this trend cannot be discussed enough, but the reality is that this threat faces retailers and business owners nationwide, not just from a societal concern, but also in a civil liability context. And the fact remains: The retail industry must be proactive in responding to this threat, not only to protect the customers, but to insulate from the risk of liability. Just this week, another shooting occurred at a mall in Columbia, S.C., confirming that this phenomenon is real and alive.

You are probably asking yourself, “What do these tragic events have to do with social media?” This is a valid question, and the answer is everything. For decades, retailers and business owners’ potentialliability for criminal acts of third parties occurring on their premises have been analyzed under the legal definition of foreseeability and notice. If a retailer was on notice that a criminal act may occur on its premises, or that the criminal act was foreseeable, the retailer could be held liable for the damages. Notice has, and continues to be measured by factors such as whether the retail establishment is located within a high-crime area, whether prior similar acts have occurred at or around the retail location, or whether the retailer knew, or should have known, that such a crime was likely to occur. However, with the addition of omnipresent social media, and the retail industry’s embrace of its utilities, a new concept of notice has begun to emerge: knowledge and warning by way of social media.

As discussed, the entire retail industry, or at least a near absolute majority, engage or attempt to engage their actual or potential customers through social media. Oftentimes, this is accomplished through the posting of sales, promotions, and events on the retailer’s social media alter ego, and frequently involves direct communication with these customers through posts or tweets. It is not uncommon to visit a retailer’s social media account and see comments, questions, or concerns from customers directed at the retailer expressing satisfaction, excitement and, unfortunately at times, displeasure with regards to products or services. Many times, the retailer will acknowledge and respond directly to customers to address issues presented. There is little doubt that the retailer’s online presence is taking note of the messages being communicated by its customers and public. What happens when a customer or individual posts or communicates a threat of criminal acts or violence directed at, or implicating, the retailer or one of its establishments? What happens if the criminal act or violence comes to fruition? Was the retailer on notice? Can the retailer be liable for the consequences? Although these questions have not been definitively answered, they will be in the forefront of legal analysis as these scenarios continue to play out.

To provide an actual example, an entity that operates a recreation center that naturally caters to adolescent and teenage customers advertised and promoted an event at its establishment through their social media account. During the course of the promotion, a group of local youth gang members implicitly suggested that in the event that rival gang members attended the event, gun violence was likely to occur. Sadly, the gang members were true to their word, and opened fire on the event which was attended to near fully capacity. An innocent bystander was struck by a stray bullet, and the legal process ensued shortly thereafter. Typically, there would be no duty to prevent the criminal acts of the gang members absent notice and/or actual or constructive knowledge of the likelihood of the crime. There was no question that this type of violence had never occurred before, and the employees and management themselves had not been directly notified of these criminals’ intentions. It became clear that a real question existed as to whether the criminals’ postings on social media amounted to requisite notice, to hold the recreation center liable for the bystander’s injuries. While investigating the employees’ knowledge of the social media posts, it was clear that no employee had seen or been informed of the posts. However, the question turned to whether the recreation center should have been aware of the posts, given the center’s active presence in social media. After a nationwide review of laws and legal precedent, we were able to uncover less than a handful of cases that even remotely speak to this concept. Making the concept more precarious, there was, and is, no prevailing guidance as to whether social media posts can qualify as notice in the civil context, but it is a virtual certainty that this issue will arise again in the near future.

To be sure, there are lessons to take away from this conundrum. As the retail industry continues to embrace social media, a great degree of vigilance is required in order to minimize and protect against the risk posed by criminals who, just like average customers, will continue to frequent retail establishments. Retailers should educate their employees responsible for maintaining social media accounts to be on the lookout for outward threats, and implicit references to criminal acts directed towards their businesses. If identified, any perceived threat should immediately be communicated to law enforcement agencies so that steps to neutralize can be taken. Depending on the specific facts of each situation, more proactive responses may be required. At a minimum, retailers must have in place a system to identify threats, and ensure that any potential risk is communicated and channeled to the appropriate departments or individuals. If done correctly, potential liability can be mitigated or eradicated completely in the unfortunate situation that a crime is committed at a retail or business establishment. In short, 140 characters could be the difference between potentially millions of dollars in liability, and the avoidance of litigation altogether. 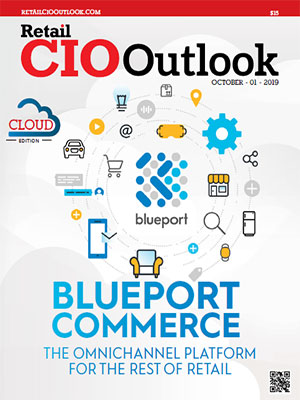 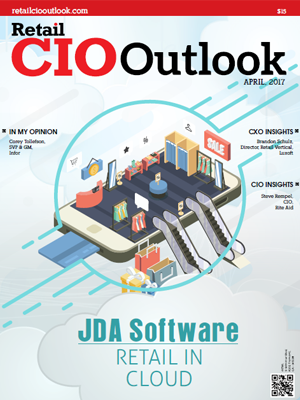 The Customer is Changing... Are You?

The Tipping Point: The 3rd ERA of Commerce

Why are Ecommerce Teams and Stores Teams Misaligned to the Desires of their Target Consumer?

Consumers are Value-driven - Retailers Should Be Data-driven